This has taken a while, but with some help from a couple of great friends, this task is nearly done. 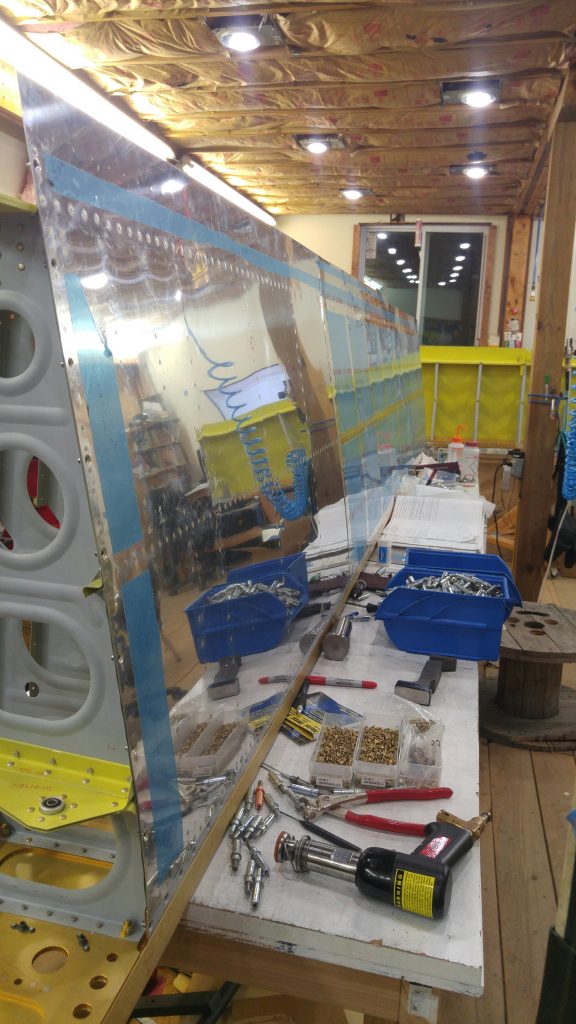 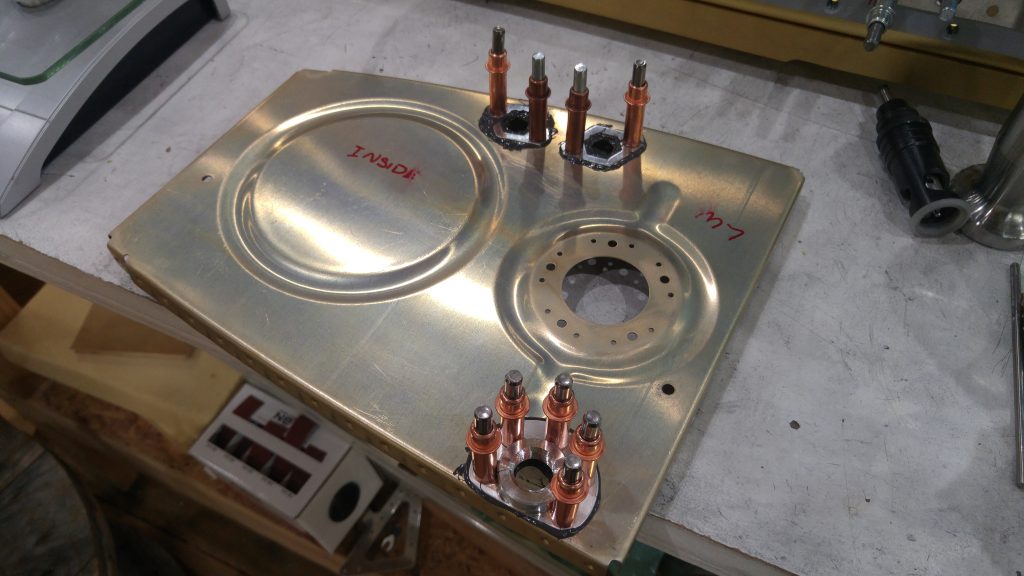 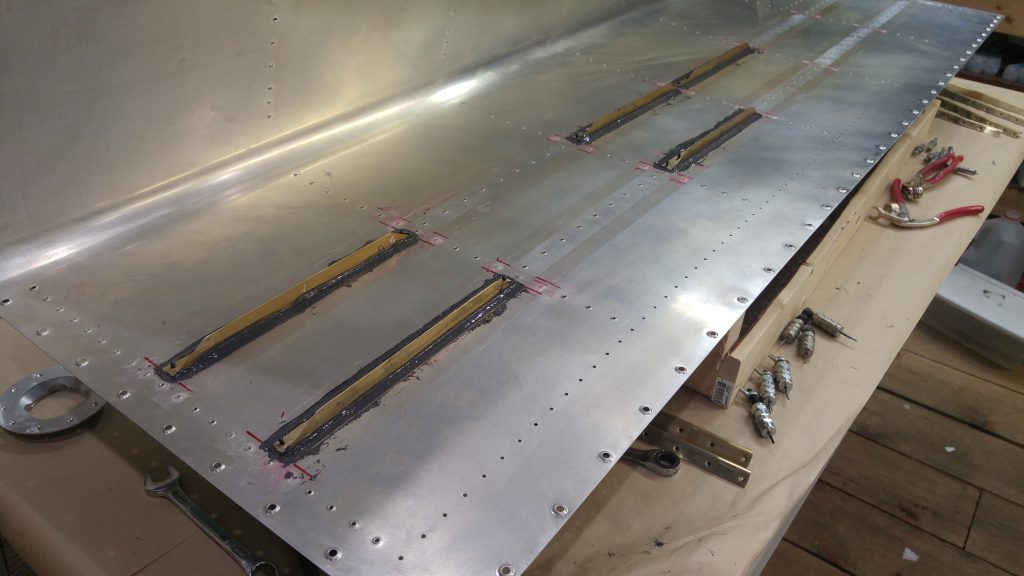 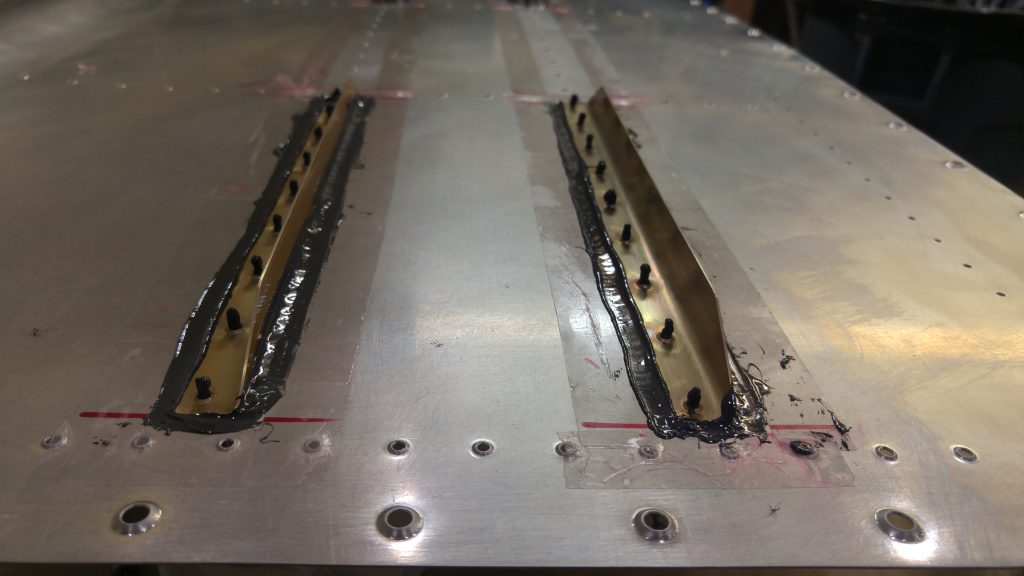 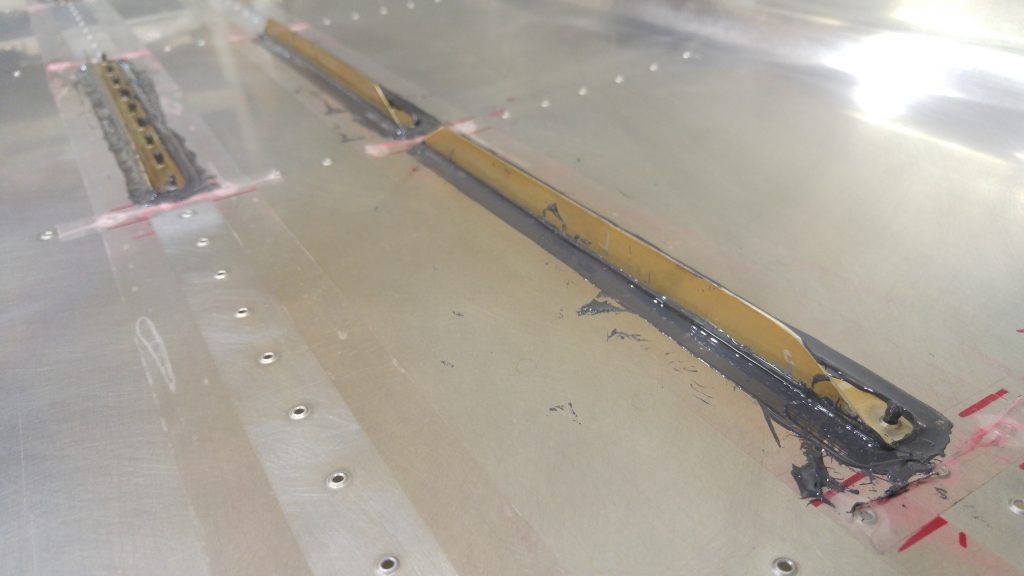 I finished replacing the rivets in the inboard aileron bracket on the left wing that I mentioned in my last post.  They look much better now, and I will not be worrying about them anymore.  It is amazing how thinking about these has actually slowed me down for a while, until I finally just got up the nerve to drill them out and replace them.  I have replaced other rivets before, but I was nervous that in drilling these out, I would damage the aileron bracket and have to build it all over again.  I just jumped in and did it this evening with no issues.  Glad that is behind me! 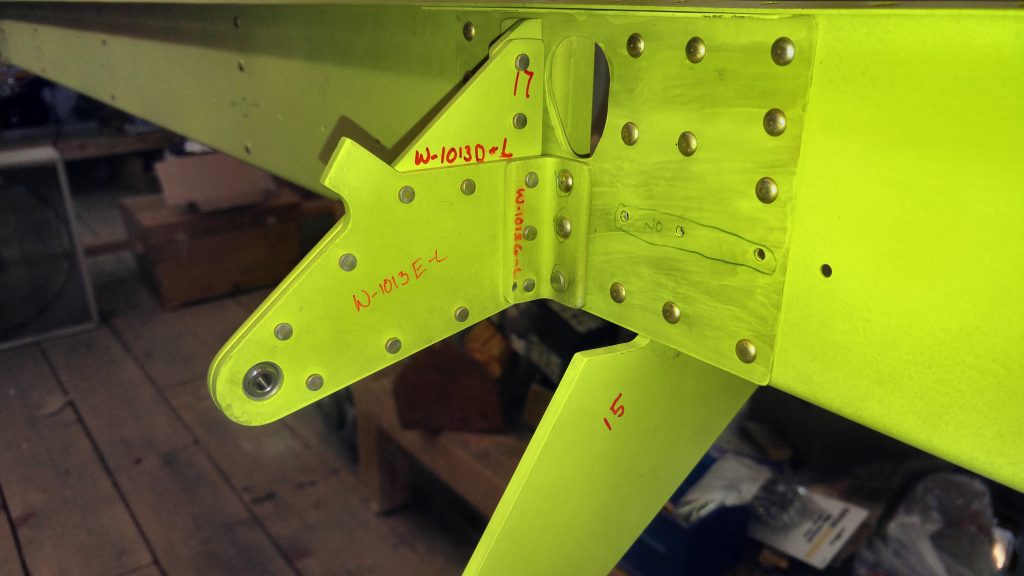 After that, I clecoed the top skins to the left wing and prepped it all to begin riveting as soon as I can get a helper.

Yesterday I completed the right wing leading edge, cleaned up some shop area, moved the tail cone to a better storage location, and then made a test fit of the left wing leading edge to the main spar. The fit looked good.

I have one rivet I need to drill out and re-set on the left wing rear spar, and then I will begin the top skin riveting process. 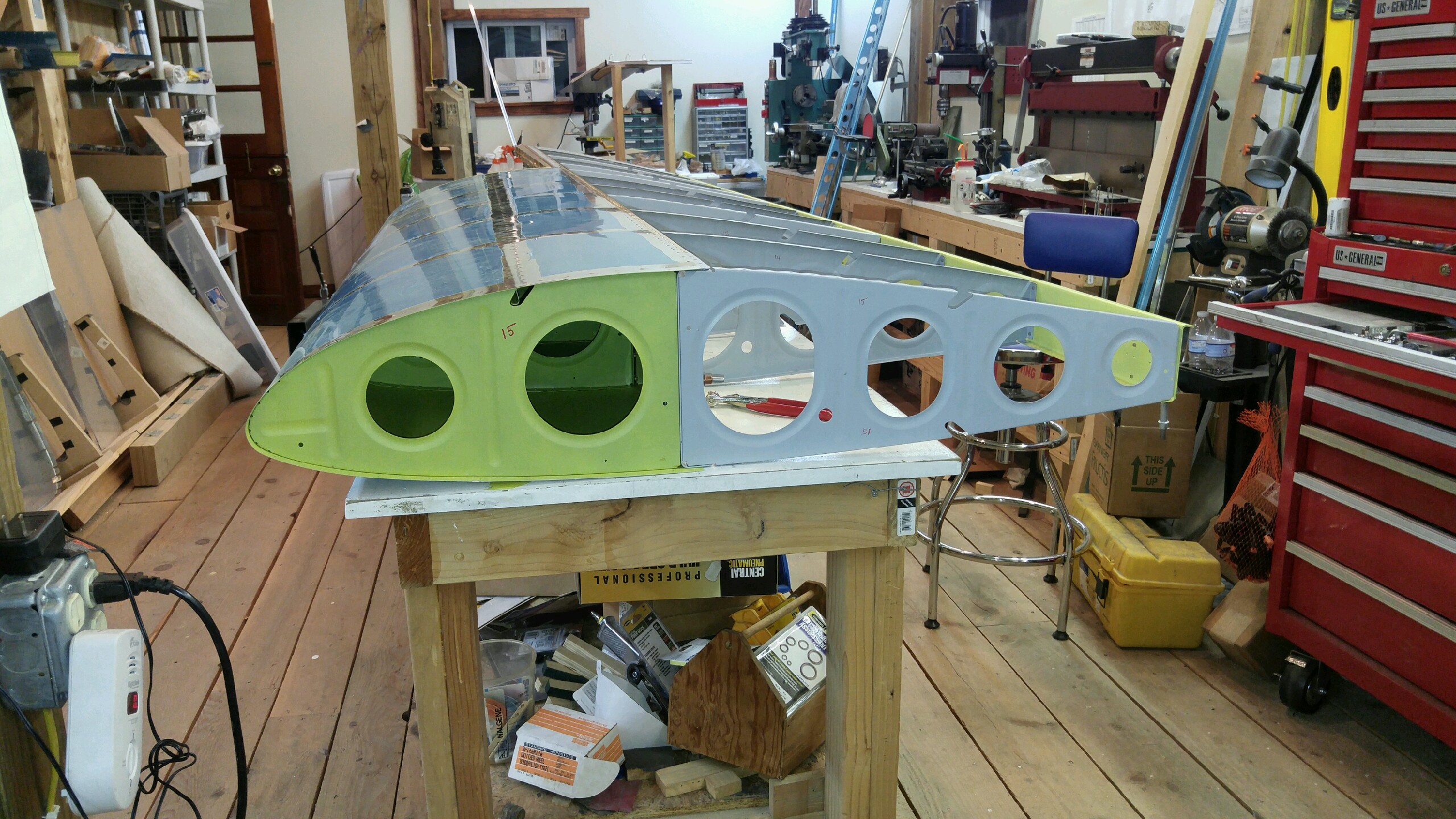 Long time, no update.  Rest assured, work has been progressing!

Today, after a long preparation period that involved tons of part finishing and priming (and receiving and inventorying the fuselage kit), I began final construction of the major sub-assemblies of the wings.  8 hours of work later, I completed assembly of the left wing leading edge assembly.  Tomorrow I plan to complete the right wing leading edge assembly, and possibly begin main wing top skin riveting.  Or maybe fuel tanks.

I completed the fuselage kit inventory today. Just a few discrepancies to correct. E-mail sent to Van’s, and I’ll be on my way! 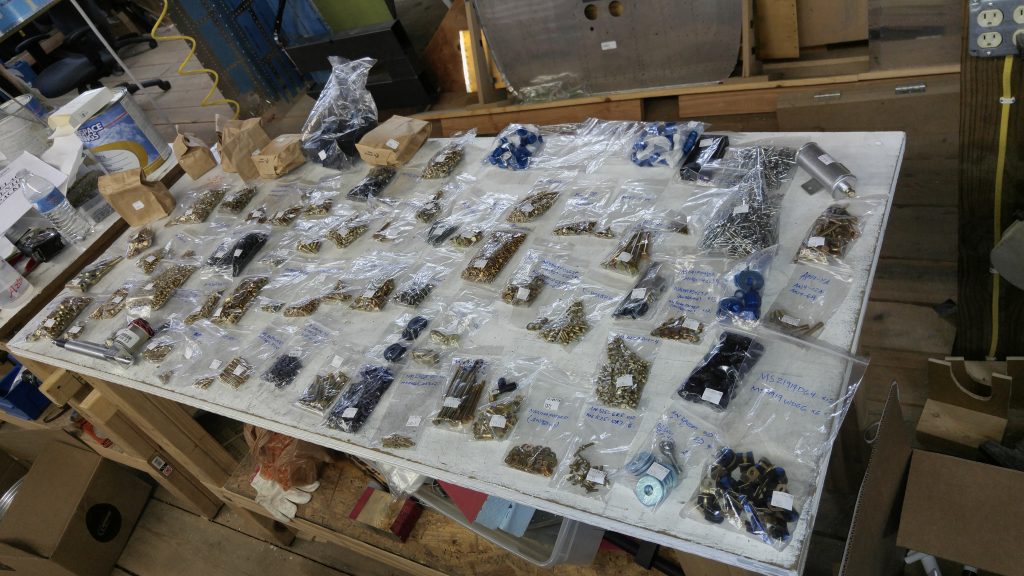 I am very excited to begin the fuselage construction phase, but I still have some work on the wings to complete before I can really dive in! I have been making slow but steady progress on the wings, but I hope (and think) I can really accelerate things soon. 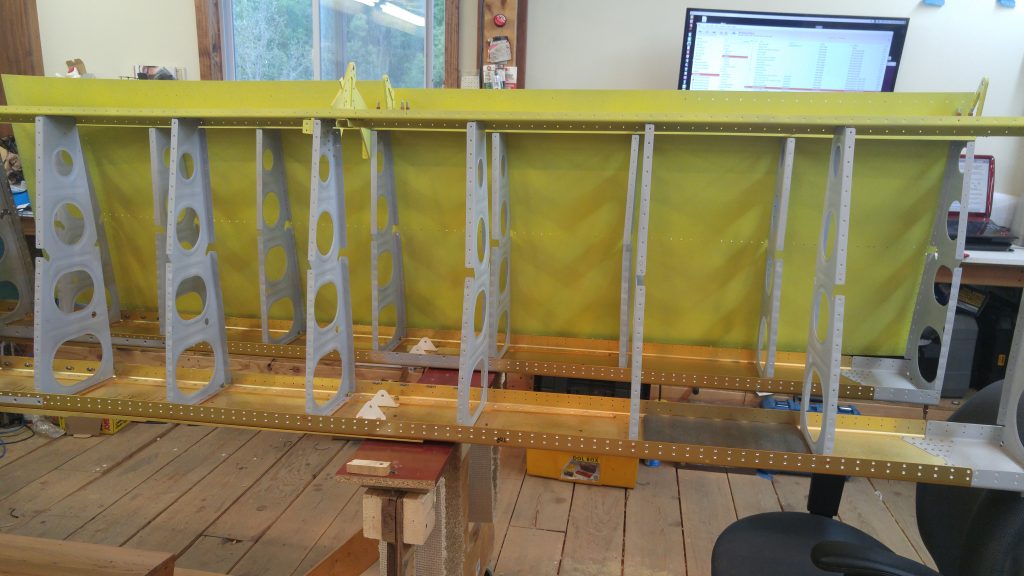 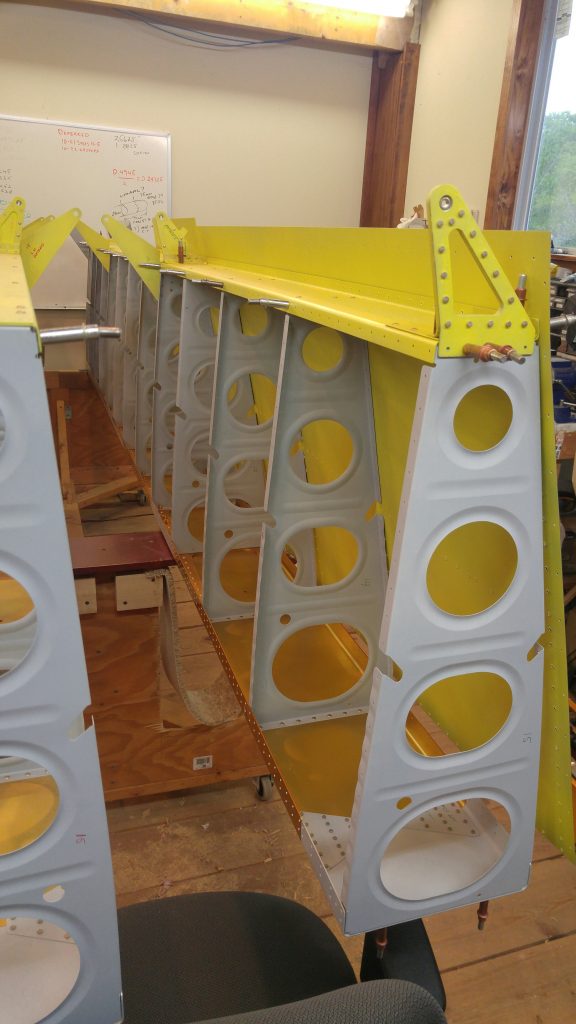 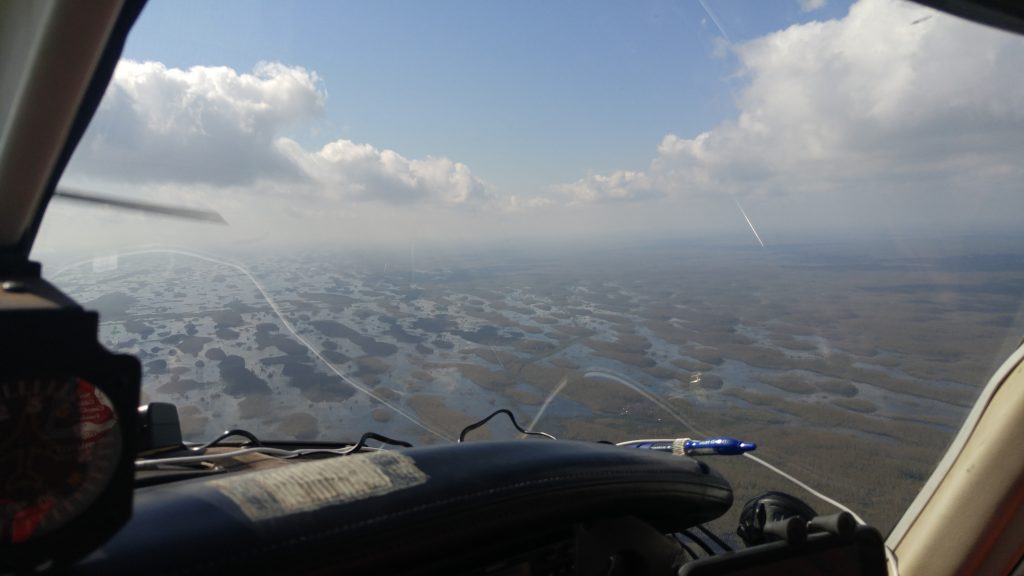 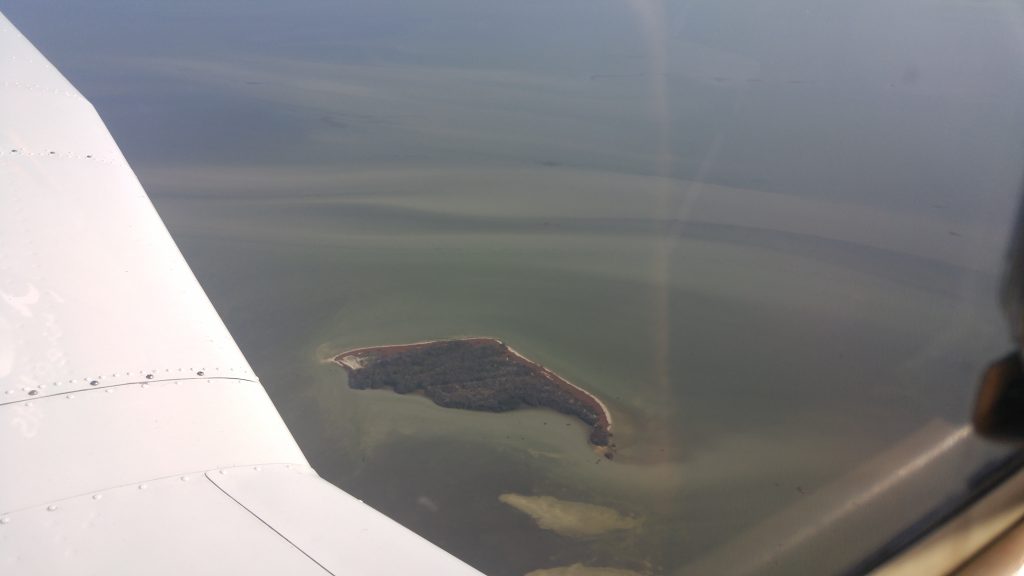 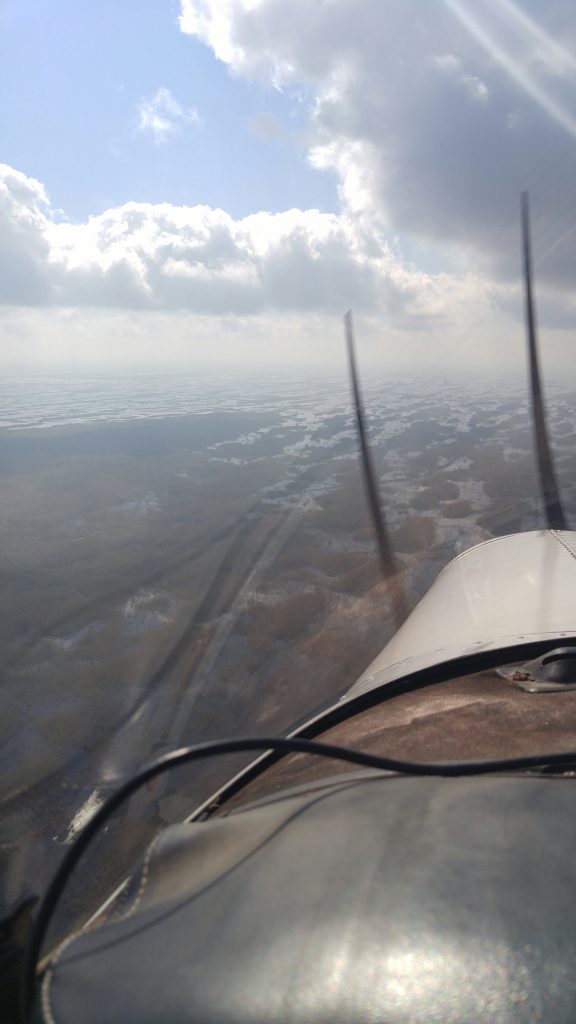 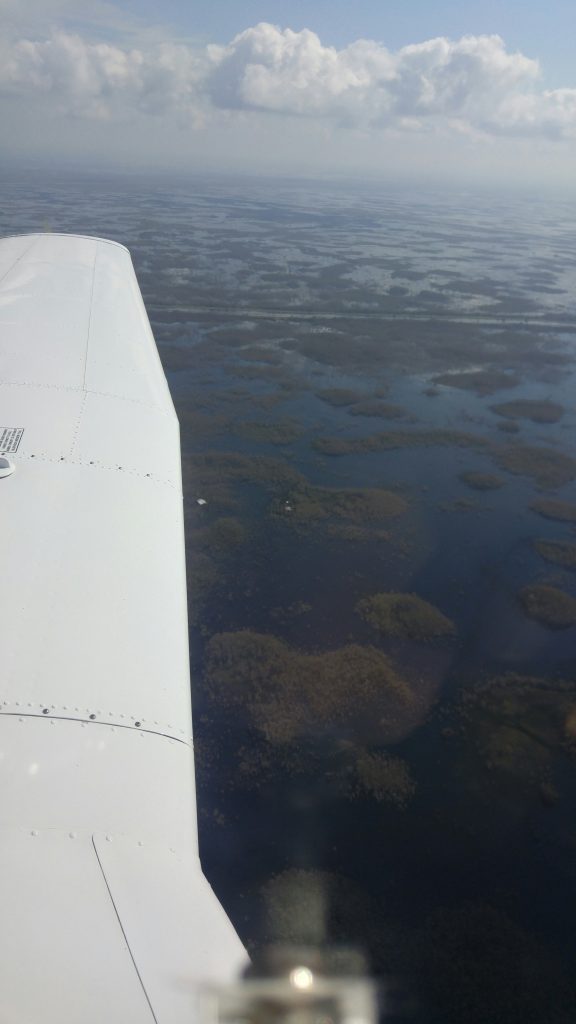 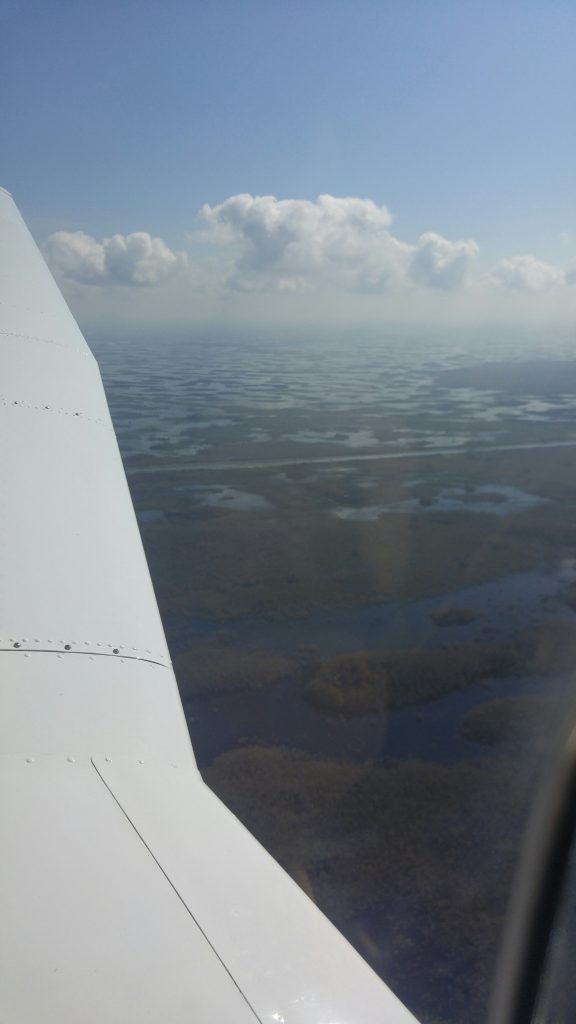 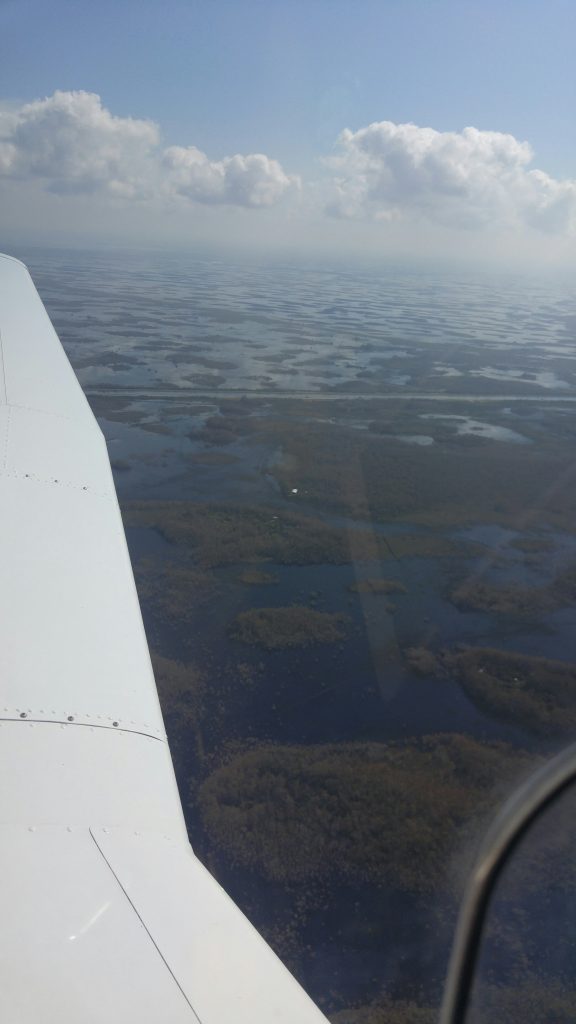 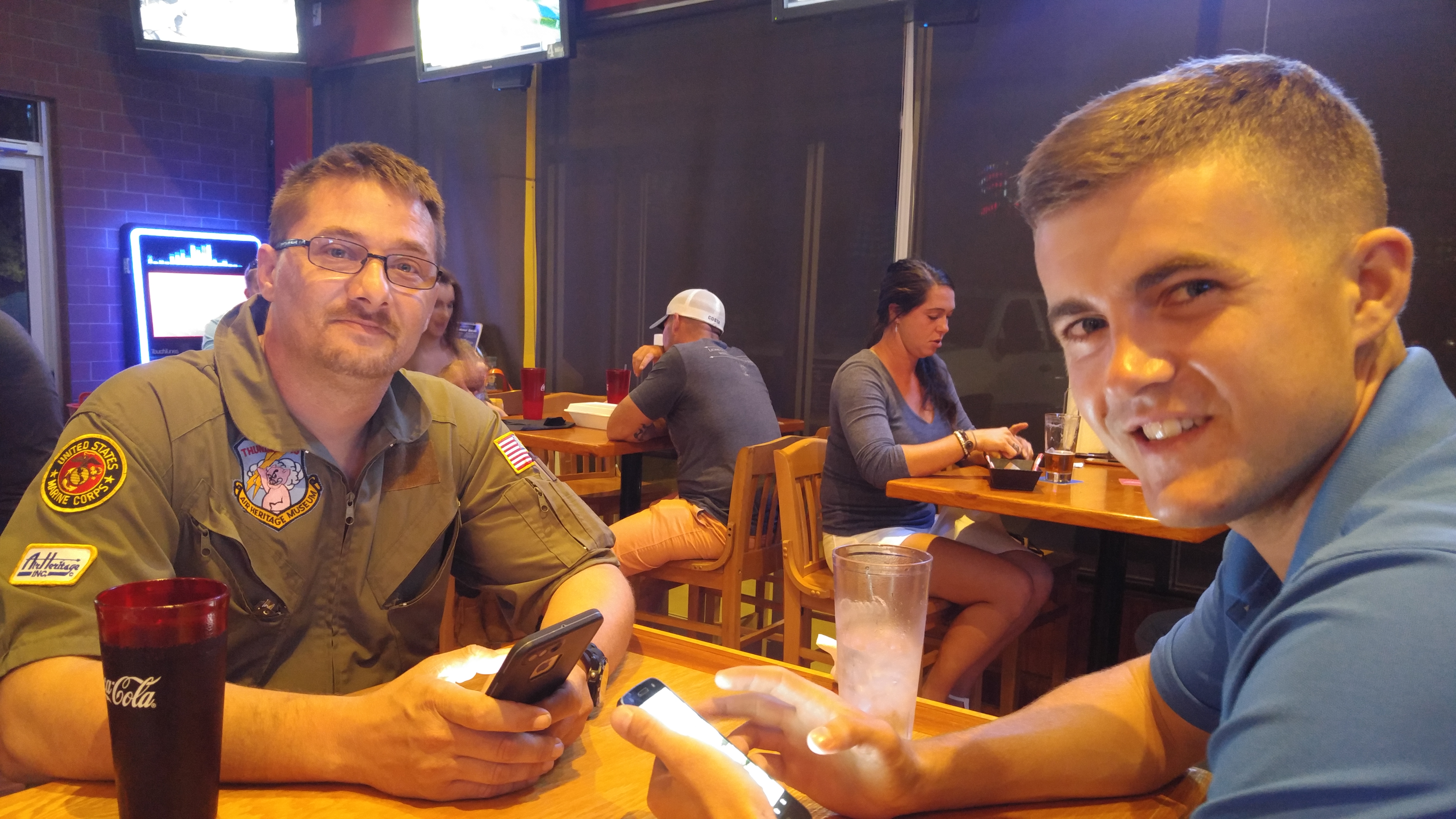 I also got a very nice surprise when Mom and Tim showed up unannounced for a visit and gave me a great little chest that Tim made for me in his wood shop. I’m going to come up with a good use for it that will not damage it. Tim said I should keep it in the workshop but I want to make sure I don’t get it dirty or scratched or damaged in other ways. It really is a nice piece of craftsmanship! 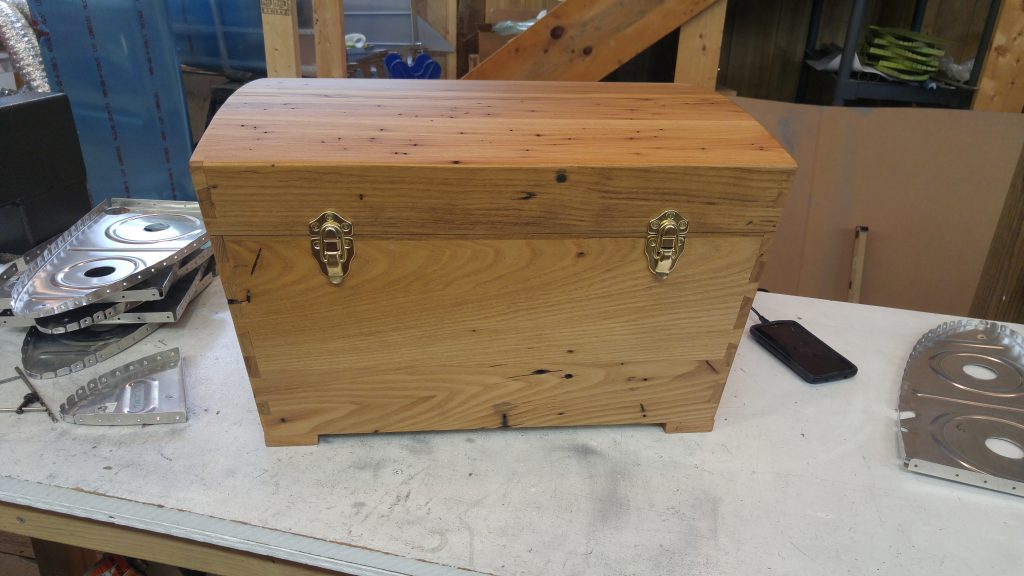 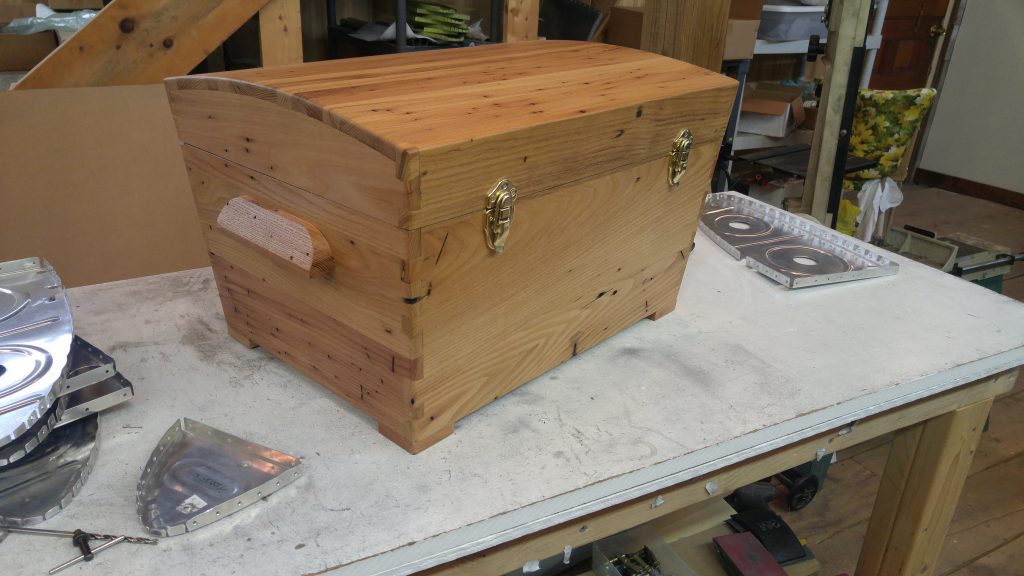 It is made of wormy chestnut, which is really pretty. I think it is finished only with linseed oil. The aroma is very nice, and I like the natural finish. 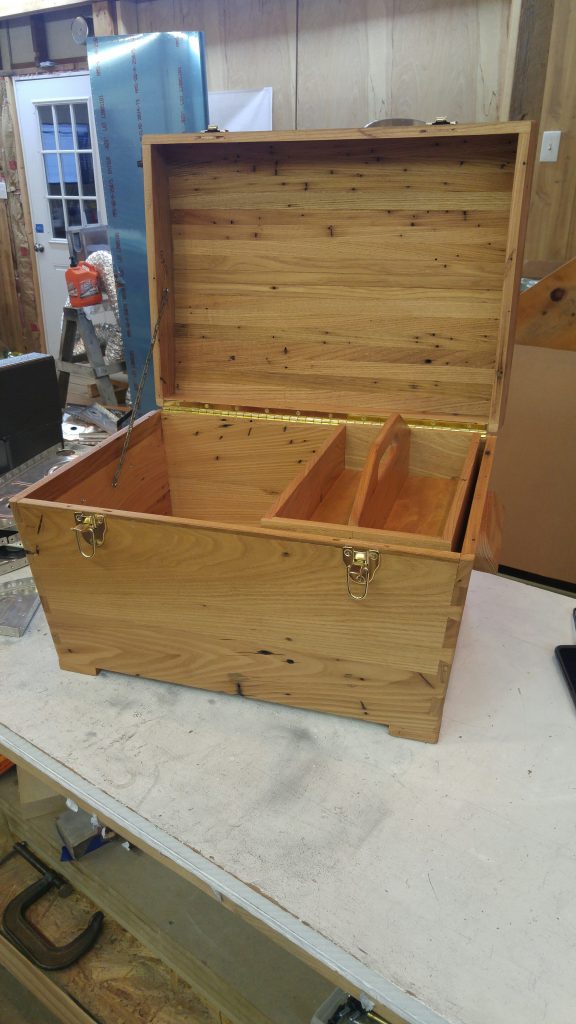 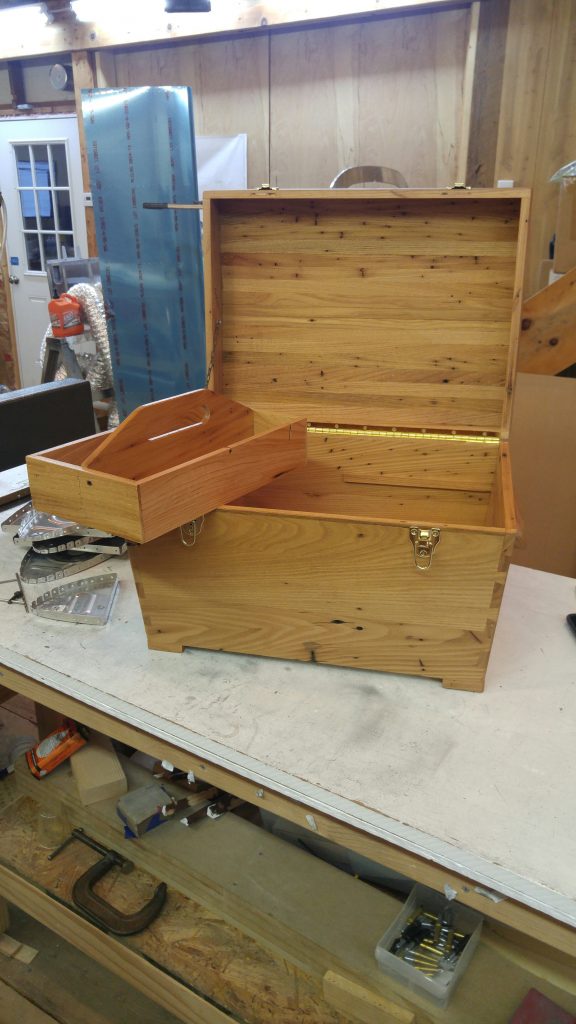 He even signed and dedicated it! 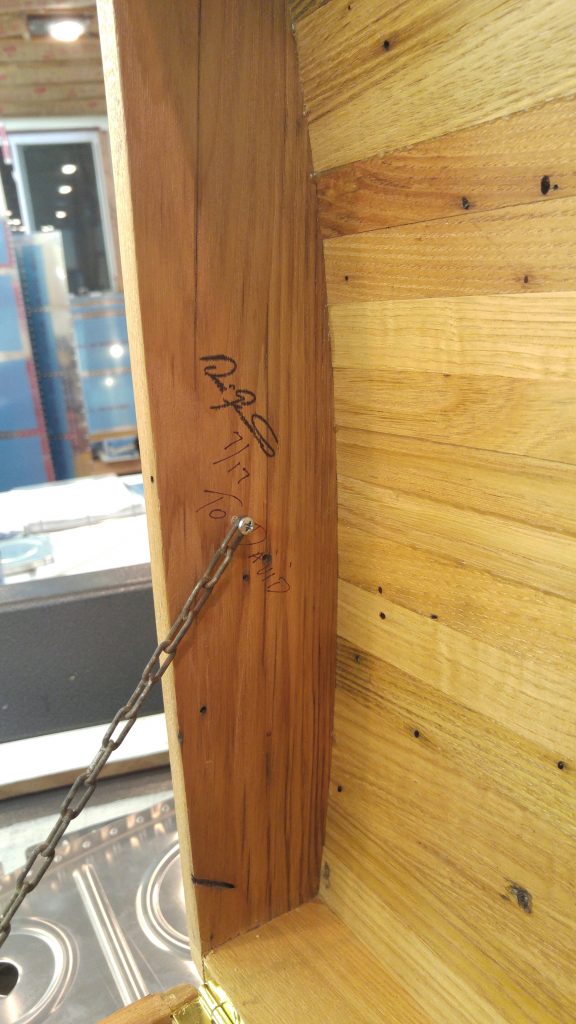 I got this beautiful 75 gallon aquarium from Larry, who did not have room for it anymore.  I got it set up and hope to add more fish to it soon.  Right now there is a single Labidochromis caeruleus in there, but I don’t think it’s visible.  Reading up on optimum cichlid population density, it looks like I’ll be able to fit about 25-28 average size fish in there.  Because of the African Cichlids’ behavior patterns, it is better to have a high population density to minimize aggressiveness.  I intend to go with Lake Malawi cichlids.  In the past I had mostly Mbuna type fish from that lake but I may go with a different sort this time.  The Mbuna tend to be a bit more aggressive and root up plants and such.